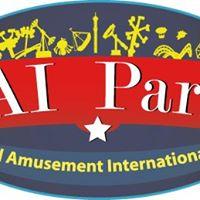 Is this your company? Help us improve this page

Central Amusement International, LLC (CAI) is an amusement park planner, developer, and operator that takes pride in its facilities by operating with the utmost quality, care, and safety. Headquartered in Boonton, New Jersey, CAI currently operates amusement facilities in New York City at iconic locations, such as Central Park and Coney Island. CAI is continuously in the process of expansion and development, as such in 2010 the NYCEDC awarded CAI a 10 year lease on 7 acres of prime real estate at the historically dubbed “America’s Playground” – Coney Island. Immediately following the official announcement, CAI joined forces with Zamperla, the industry leader in ride manufacturing, and has since inaugurated Luna Park, the first amusement park in Coney Island in over 4 decades, and Scream Zone, a thrill-seekers amusement park which brought the first roller coasters to Coney Island in over 80 years. In 2011, CAI also took over the operation of the world re-known Cyclone Rollercoaster, and is currently in the process of building an expansion to Scream Zone, which is due to open May 2012. Through its array of entertainment venues CAI is able to offer multiple vehicles of fun and excitement that are sure to please all visitors, all the while staying true to its mission, “to provide a friendly, safe, and clean environment with amusement and entertainment activities that creates a memorable experience for the entire family”.

You have already reviewed this company close
close
Claim this company if it’s yours. You can add or modify information about this company.
Cancel
Please fill in the blank before submit.