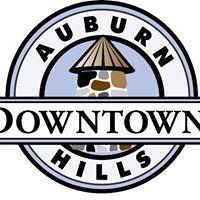 Is this your company? Help us improve this page

About Sales Consultants of Auburn Hills

Downtown Auburn Hills is located at Auburn and Squirrel Roads in Auburn Hills, Michigan.
Auburn Hills began as the town of Auburn in 1821 at what is today the corner of Auburn and Squirrel Roads. Situated on the Clinton River, it was named by Aaron Webster, the first settler, for Auburn, New York. His sawmill and grist mill attracted settlers to Auburn. After the streets were laid out in 1826, Auburn rivaled nearby Pontiac until the 1860s, when it lost its prosperity. The town was renamed Amy in 1880, and it officially became Auburn Heights in 1919. The area to the north was Pontiac Township, which bordered the city of Pontiac on two sides. Pontiac Township and Auburn Heights together became the City of Auburn Hills in 1983. The first use of the name "Auburn Hills," in 1964, was by Oakland Community College. They named their campus (a former Nike missile base) at Featherstone and Squirrel roads for the town and the hilly terrain in the area. Besides Oakland Community College, two other colleges, Oakland University, and Baker College, have campuses partially within the city limits. In 2002, the small downtown area at Auburn and Squirrel was revitalized as the "Village Center" with streetscape improvements. Pedestrian-friendly development is encouraged in this district.

You have already reviewed this company close
close
Claim this company if it’s yours. You can add or modify information about this company.
Cancel
Please fill in the blank before submit.